Octopuses. Those strange, tentacled, suction cup, boneless, slithering sea creatures were always the weird ones in a world of fish. Horror stories of giant octopuses taking down ships and causing mysterious vanishings in the Bermuda triangle abound but now a new study might just explain the weirdness octopuses hold. Published in the Progress in Biophysics and Molecular Biology, the study by a team of 33 researchers has claimed octopuses are actually aliens from outer space. This is not some analogy, they literally mean, aliens from outer space.

The study puts forward some claims about the Cambrian explosion which occurred 540 million years ago and which the authors say was extraterrestrial in nature. However it was caused, the explosion resulted in alien octopuses creeping through the sea. 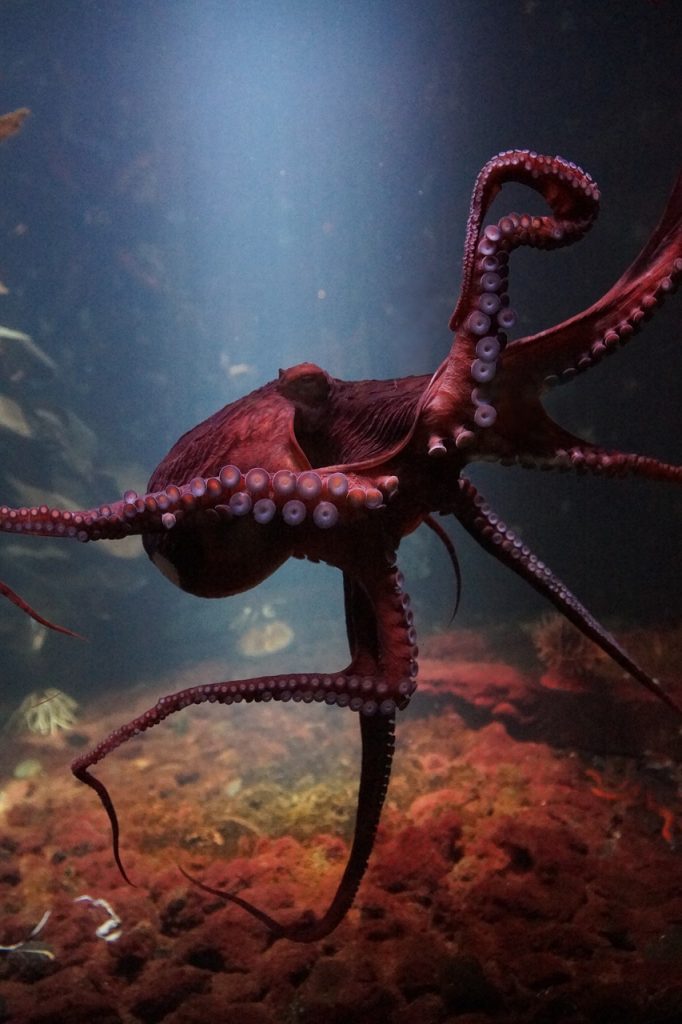 The first explanation put forward for the existence of octopuses is that a meteor crashed into earth upon which were alien viruses which infected native squid and turned them into octopuses. Another theory put forth by the researchers is that the meteor was already holding fertilized octopus eggs. As outlandish as the claims may seem to be, they are a form of ‘panspermia’, the theory that life on earth was ”seeded” by aliens.

The study says that many of the features of octopuses seem to have emerged quiet suddenly, supporting the theory that they are in fact aliens from somewhere out there;

“In our considered view the totality of the multifactorial data and critical analyses assembled by Fred Hoyle, Chandra Wickramasinghe and their many colleagues leads to the bare minimum yet plausible scientific conclusion – that life was seeded here on Earth by life-bearing comets as soon as conditions on Earth allowed it to flourish (at or just before 4.1 Billion years ago); and living organisms such as space-resistant and space-hardy bacteria, viruses, more complex eukaryotic cells and organisms (e.g. Tardigrades), perhaps even fertilised ova and plant seeds, may have been continuously delivered ever since to Earth helping to drive further the progress of terrestrial biological evolution.”

Octopuses, highly intelligent creatures yet insanely strange looking, have long held a fascination by writers. But many scientists have rubbished the study claiming many of its facts are, well, not facts. For example, they point out that octopuses did not just appear from nowhere but did actually derive from the squid family some 135 million years ago. They also point out there were no zoologists amongst the study authors.

The full study, Cause of Cambrian Explosion – Terrestrial or Cosmic? can be downloaded in pdf form here:

Orb caught on camera at U.S. Space Walk of Fame Museum
Bikram yoga no better than other forms says study
Vatican adds extra exorcism training to cope with demand
Living by the Sea makes you happier