The second Blood Moon and total lunar eclipse of the year takes place in July and there’s already a healthy dose of religious conspiracists predicting doomsday. Equating the Blood Moon with the end of the world originates from the Bible in Acts 2:20 and Revelation 6:12;

Acts 2:20: “The sun shall be turned into darkness, and the moon into blood, before the great and notable day of the Lord come.”

Revelation 6:12: “I watched as he opened the sixth seal. There was a great earthquake. The sun turned black like sackcloth made of goat hair, the whole moon turned blood red.”

Other verses in the Bible also speak of Blood Moons such as Joel 2:30-2:31: “I will show wonders in the heavens and on the earth, blood and fire and billows of smoke. 31 The sun will be turned to darkness and the moon to blood before the coming of the great and dreadful day of the Lord.”

After these events, further destruction is wrought across the earth including the stars dropping out of the skies. Does this god ever come without laying waste to everything?

One Christian Ministry warning about the disaster that is about to befall us is Endtime Ministeries: “The Bible teaches that end event is coming just ahead of us now and that will be the greatest prophetic fulfilment in the last 2,000 years.” 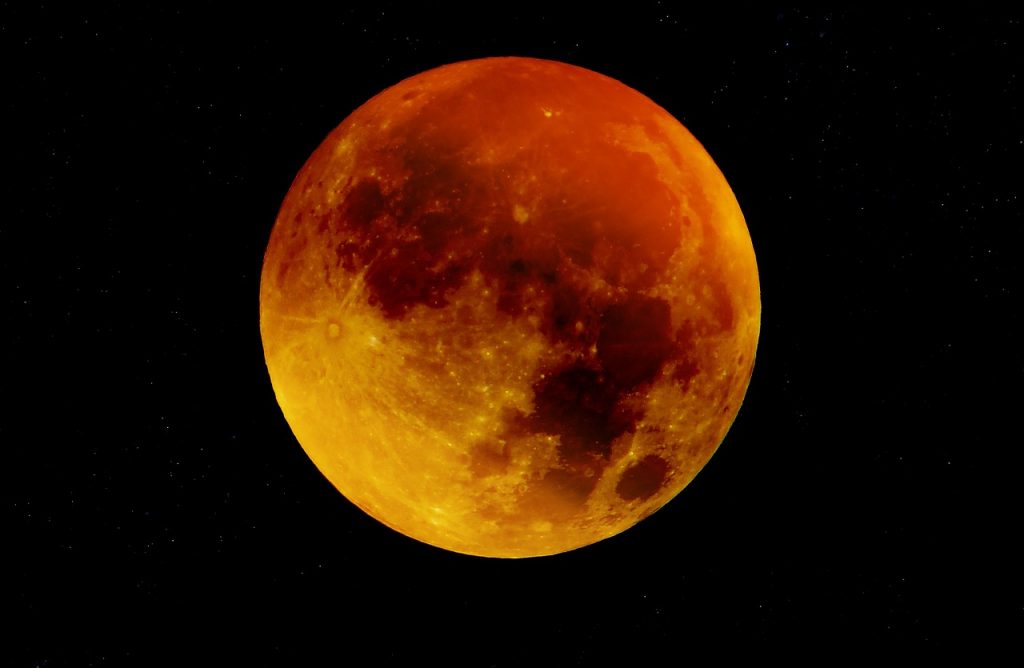 While predicting the end of the earth or even the universe can be a great pastime, tying it up with the Blood Moon probably isn’t what the Bible had in mind. The red hue seen on the moon during the eclipse is caused when the moon passes directly behind the earth and hides in the planet’s shadow. Some beams of red sunshine cause the moon to appear blood red in an effect known as Rayleigh. The beams or bands are the result of the sunshine ‘bending’ around the planet which has the effect of filtering out some colours. Red seems to be least affected by this scattering.

This Blood Moon (on July 27th) will also be the longest this century with the eclipse set to last for one hour and forty three minutes with the moon remaining in eclipse for 103 minutes.