Coffee served in California may have to carry prominent cancer warnings after being brought to court by a non-profit organisation. Los Angeles Superior Court Judge Elihu Berle, in a proposed ruling, said that coffee makers had not mounted a strong enough defense to the claims of The Council for Education and Research on Toxics.

The issue centers around the use of acrylamide in the processing of coffee. A known carcinogen, it has been removed from a myriad of products after producers were sued in the past. Coffee producers had claimed the level of it in coffee was too small to be of a health concern. The lawsuit, against Starbucks and 90 other coffee producers, was brought under a law (The Safe Drinking Water and Toxic Enforcement Act (or Proposition 65)) introduced in 1986 in California that requires warning labels for nearly 900 chemicals that cause cancer or birth defects. Acrylamide has been listed under the act since 1990.

“Since defendants failed to prove that coffee confers any human health benefits, defendants have failed to satisfy their burden of proving that sound considerations of public health support an alternate risk level for acrylamide in coffee,” the judge wrote. 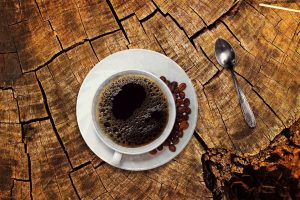 The National Coffee Association, which is considering an appeal, said the level of acrylamide in coffee was ‘miniscule’ and that the World Health Organisation had said coffee does not cause cancer. Other defendants have already chosen to settle – 7-eleven paid $900,000 to cover penalties and the plaintiffs legal costs and has agreed to post warning signs in all its shops.

Acrylamide is a chemical that naturally forms in starchy foods when they are cooked at a high temperature. The browner a food is, the higher the level of acrylamide – which is why lightly colored toast is better for you than heavily toasted. Another method of reducing the consumption of acrylamide is to boil or steam food instead of frying or roasting. Acrylamide in foods is hard to avoid completely unless you live a raw food way of life.