Birth interventions, such as forceps, cesarean section and induction have been negatively linked to long term health problems for young children. The study, claimed to be a world first, was undertaken by the Western Sydney University and examined the effects of birth interventions in the first 28 days and up to five years.

A medical intervention means that a forceps, vacuum or cesarean section was used to deliver the baby compared to spontaneous vaginal birth. Epidurals and painkillers are not classed as interventions in the study. Over 500,000 women and their children were studied in New South Wales, born between 2000 and 2008 and the children followed until 2013.

“We found in the first 28 days that babies who were born by instrumental birth — forceps and vacuums — following induction or having their labour sped up, have the highest jaundice and feeding problems,” Professor Dahlen said.

Any form of birth intervention led to higher risk of respiratory infections, metabolic disorders and eczemar. Interestingly, it is now thought that babies get their first dose of mirobiomes and bacteria while birthing – so if this process was interfered with it may explain while babies and children may be more susceptible to infections.

The study also found that by age five, babies born via cesarean section had the highest risk of diabetes and obesity. “We found that things like respiratory infection like pneumonia and bronchitis, diabetes, obesity and eczema … these were highest among children who experienced any form of intervention compared to spontaneous vaginal birth,” Professor Dahlen said. 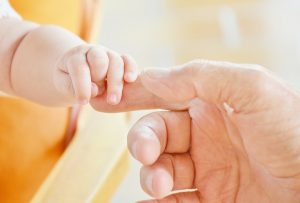 While it may seem that a birth without any intervention is best, the authors were conscious that the results would put huge strain and pressure on women – and even increase the risk of ignoring warning signs that help was required in the birthing process.

“This is about getting health providers to provide evidence-based care and evidence-based information so that women can make informed decisions,” Professor Dahlen said.
“Currently in maternity care when we inform women about risk when it comes to intervention we tell them about short-term risks. We are not ever having a conversation about potential long-term risks.
“And that’s the concern; women and their partners are making a decision based on half the information and they need the full picture.”

OECD countries tend to have higher cesarean section rates with Turkey one of the highest at 531 births per 1000 in 2015 (Germany by comparasion had 302 per 1000 with America hovering around at just over the 30% mark also).

I Am
Spiritual Healing